A HAND FOR RESCUE UGANDA

BACKGROUND A Hand For Rescue was founded by four individuals who experienced egregious human rights violations and injustices within the Ugandan criminal justice system, particularly due to their marginalized identities as a transgender woman, a gay man, a sex worker, and an aged man.

The four united under a shared vision and began financially and emotionally supporting other marginalized individuals enduring the criminal justice system.

However, they quickly realized these people required more assistance and resources than they could provide. The idea for A Hand For Rescue was developed on February 28th, 2017 after the group visited some individuals in prison.
The organization will receive its certification this year and will begin expanding its capacity to assist these marginalized populations through health, education, financial, and legal services.

VISION
A society where LGBTQ+ individuals, sex workers, and aged persons experiencing the criminal justice system in Uganda are granted fundamental human rights and empowered both socially and economically.

GOAL A Hand For Rescue seeks to sustainably advocate for and support LGBTQ+ individuals, sex workers, and aged persons in the Ugandan criminal justice system so they are able to live a dignified life. This will occur through access to basic human rights, financial skills and tools, education, legal support, and health services. 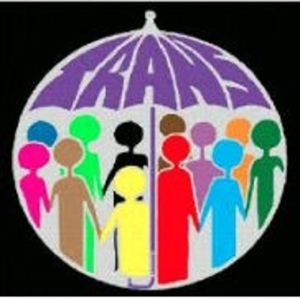 VISION
A society where all Uganda Trans women and transgender sex workers are recognized, respected and have access to health service and facilities. 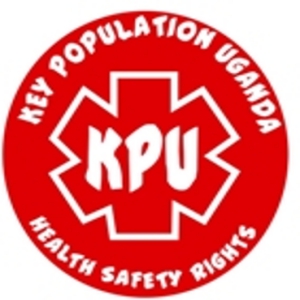 Formed in 2016 first as a group mainly led by Transgender and non Conforming persons, Key Populations Uganda caters for LGB, Transgender and Sex worker Ugandans – who are ‘coming out’, as well as men and women who are already ‘out, or having feelings of loneliness or isolation due to sexuality or sexual orientation.

Our team is consistent, dynamic and dedicated to serve the LGBTI and Sex workers communities despite the challenges and dangers. We also find pride in working with a number of partners right from MSM CSOs, LGBTI organizations, Mainstream/General Hospitals, volunteers and individuals.

VISION
An environment where Key population Persons are able to express themselves in hand with sustainable programs that improve access to sexual and reproductive health, rights and service delivery to all regardless of their Gender, Sexuality, and Race.

MISSION
To support and create an enabling environment for the Key Population through raising awareness and advocate for Human Rights and Mitigate the impacts of HIV and AIDS , implementing Health services and Speaking out for the minority groups.

Our Objectives
1. To advocate for human rights especially the right to health, education and full recognition of the minority persons in Uganda.
2. To advocate and implement all programs focusing on sustainable development.
3. To raise public workers awareness of reproductive health of the LGBTI – Sex workers.
4. To promote, train and empower the target marginalized groups in areas of health in Uganda.
5. To encourage and promote advocacy on issues aiming at improving the welfare and standards of living for marginalized persons in Uganda.
6. To promote professionalism in sport activities in which marginalized persons are involved.
7. To develop strategies and Avenues for controlling and preventing HIV/AIDs and other sexually transmitted diseases among the side-lined communities / groups in Uganda. 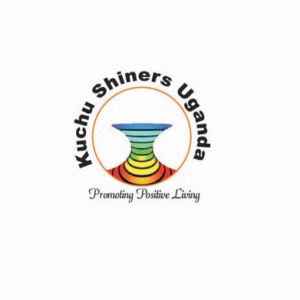 HISTORY OF THE ORGANISATION
Kuchu shiners Uganda is a LGBT/sex workers organization which was founded by a group of LGBT/sex workers due to so many challenges faced such as criminalization, stigma and discrimination, the existing organisations not really reaching their grass root people when it came to service provision and the need to promote a positive living among the LGBT/sex worker persons.

Kuchu shiners is a member and partnership organization which was started in 2015 by LGBT/SW “s” members who felt that their issues are not fully represented and that there was need to promote positive living among the LGBT/SW persons.

We are also currently working in divisions like Makindye, Rubaga, Wakiso, Nakawa, Mukono,

MISSION
To create an enabling environment for LGBT/sex workers and advocate for Human Rights and mitigate the impacts of HIV and AIDS and implementing Health services.

• To encourage and promote advocacy on issues aiming at improving the welfare and standards of living for LGBT/ Sex workers persons in Uganda.

• To create an enabling environment for the LGBT/Sex workers persons affected by HIV/AIDs to meaningfully participate equally in healthy, development, social and other gainful programs.

• To Support all lawful activities which are aimed at promoting and advocating for human rights of the targeted group of people.

• Promoting team effort, interdependence and trust in execution of our work and build on the partnerships to achieve our goals. 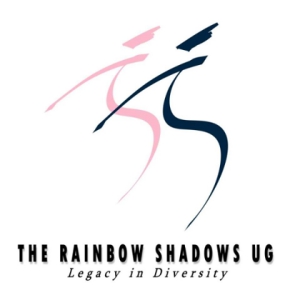 INTRODUCTION
TRSU is a registered community based organisation located in western Uganda based in Mbarara District that has been in existence for two year. Our main offices are STI Clinic Mbarara Referral Hospital.

MISSION
The Rainbow shadows Uganda’s mission is to empower LGBTI & sex workers community in all parts of western Uganda and jointly work for realization of rights for all.

This is done through extending health, psych social, financial and safe space to LGBQTI, sex workers and reduce sexual harassment with their clients and sexual partners; using combination preventative approaches and to ensure they live a comfortable life with no discrimination.

PROJECT BENEFICIARIES
The beneficiaries for organisation projects are mainly LGBTI and sex workers.

GENERAL OBJECTIVE
To ensure that LGBTI get access to all kinds of health services and protective behaviors including condom use and safe sex practices, primary health care and STI diagnosis and treatment and protection against discriminatory Laws.

• Increase access to support in response to human rights violations 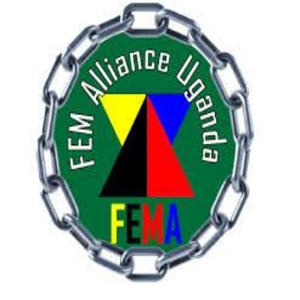 Uganda FEM Alliance (FEMA) Uganda is a lesbian, bisexual, transgender and queer (LBTQ) organization which was established in 2012 by a group of lesbians who felt that the needs of the growing LBTQ community were not adequately represented by the few minority groups organizations in Uganda.

And more so in the wake of the constant harassment, insults and discrimination heaped on them by an ignorant society because of their sexuality or sexual preferences as well as transphobia even within the LGBTI and sexual rights movements.

MISSION
• To promote human rights and restore the dignity of LBTQ persons through research and advocacy, supporting personal development and combating violence through strategic partnerships.

VISION
• To see a stigma-free Uganda where LBTQ persons are treated with dignity, their rights are fully respected and have equal access to social justice.

• To increase knowledge, information and advocate for Human Rights of LBTQ within the community.

• To promote a well-coordinated, inter-dependent and strong network of LBTQ membership.

• To establish and maintain strategic partnerships with key allies and partners. 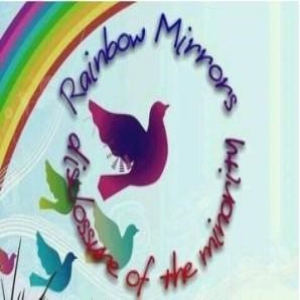 Rainbow mirrors Uganda (RMU) is a youth Trans women sex work led Non-governmental organization that was established in 2015 and registered as a company limited by guarantee in March 2016 under the Registration number 217479.

RMU was established to support and enable young Trans women sex workers to create programmes and influence policies in the areas of gender, sexuality, health, and education.

Vision
A society where social justice inspires community engagement and equality for Trans women sex workers such that they are realised, their leadership skills are enhanced and are free from all forms of discrimination. Rainbow Mirrors

2. To build partnerships and synergy between young Trans women sex workers and other LGBTQ communities and key population groups

3. To advocate for policy and law reforms in order to reduce the criminalization and discrimination (in the spaces of academia, employment, leadership and access to health services) of young Trans women sex workers

4. To advocate for the sexual reproductive and health rights as well as access to SRHR and health services for young Trans women sex workers

5. To lobby for inclusion of young Trans women sex workers in formal employment. 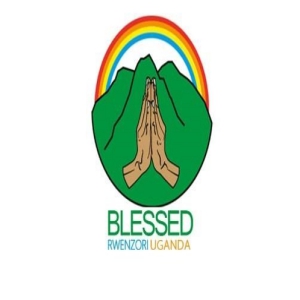 ORGANIZATION: BLESSED RWENZORI UGANDA (BRU)
COUNTRY: UGANDA
REGION: WESTERN UGANDA, RWENZORI REGION
DISTRICT: KASESE
ORGANIZATION
Blessed Rwenzori Uganda (BRU) is a Lesbian, Gay, Bisexual, Transgender and Sex Worker organization established in 2012 by a group of lesbians and sex workers who were discriminated against by society due to their sexual orientation and work.

Blessed Rwenzori was established to empower the LGBT and sex worker community in Kasese socially, politically and economically. This is done through advocacy, economic empowerment, creating awareness, building self-esteem, education and provision of moral support.

Theme: Blessed Rwenzori Uganda (BRU) is a registered non-profit making organization established with a sole aim of promoting human rights of sexual minorities in the rural areas of western Uganda based in the Rwenzori region in Kasese District. BRU Target Groups are the sexual minorities namely; lesbians, gay, bisexual, transgender and sex workers who are constantly rejected by the society in all aspects of life i.e. the community, Family, Friends and work places.

MISSION
To advocate for the human rights of Lesbian, Gay, Bisexual, Transgender and Sex Workers in the rural areas of Western Uganda.

a) To raise awareness on human rights of Lesbian, Gay, Bisexual, Transgender and Sex Workers people.

b) To mobilise resources and create new partnerships

c) To build and develop institutional capacity of BRU.